Spring has sprung ,a couple of stitcheries, and a WIP,& men and sheds 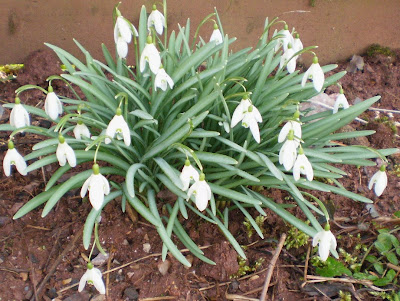 Spring I think has eventually sprung in my neck of the woods, down here in South Devon, although we have had a few sharp frosts here in the mornings, we have been having brilliant sunshine to melt it all away very quickly. All the little spring flowers are popping up all over the place. Don't you think that nature is just amazing, all those beautiful delicate flowers which pop up each spring after having to force their way up through hard compacted soil which has been frozen for many months. It's truly miraculous.

I have put a few pics below of the little miracles that have managed to emerge after being out in all weathers in my garden, so too are the snowdrops which are pictured above. 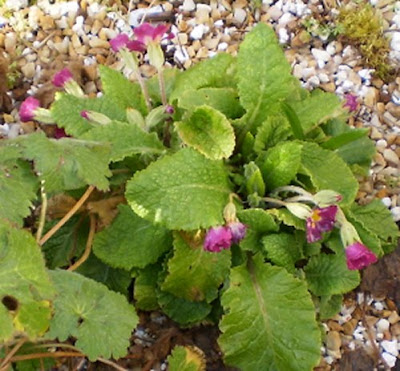 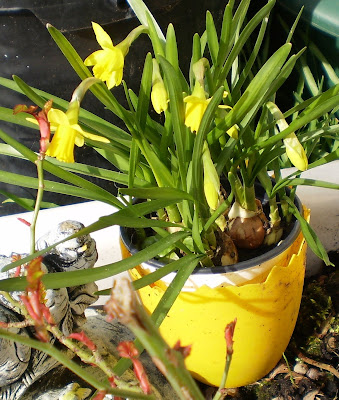 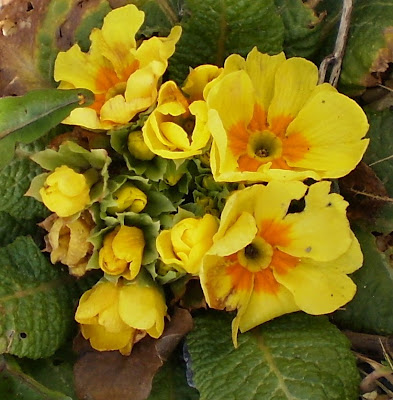 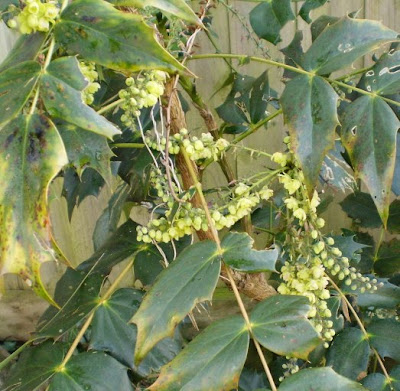 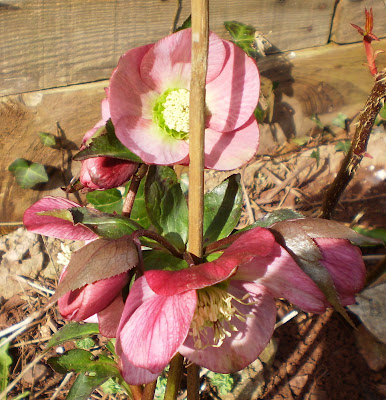 Life has been getting in the way of stitching recently, what with my dear son having to go to hospital after gashing his leg wide open to the bone, whilst out riding in the woods on his bike, falling off, and falling on a broken bottle left by some stupid person. This happened on his half term holiday, he then couldn't go back to school for a week and a half while he still had stitches in.

Then with the job that my DH does he gets up very early in the morning, so having to go to bed early at night in order to get enough sleep to muster up the energy for the next day, I haven't had time really for much stitching between doing the dreaded chores. I have been making the most of the brilliant sunshine, and getting the laundry out on the line rather than wasting expensive electricity drying in the tumble.

What is it too, about men and sheds!! My DH says he has to have a shed in the garden..... well we had 2 up til the weekend before last..... then another arrived..... this time it was not a small one... I was told it was going to be about the same size as previous....... but no. Mind you DH is not the tidiest of men when it comes to sheds....and the other two were bursting at the seams. Oh what a Sunday I had, I head cook and bottle washer that day, with not being able to get out of my back door for mountains of tools and "and things that will come in handy", (junk); and I just supplied streams of coffee and food all day. The new shed was 10 ft square. I suppose it really did need replacing as the floor had gone in one of the old 6ft ones, but now I haven't got a view of the garden when I put the kettle on for a cuppa..... I have a view of the shed, yet to be finished with roofing felt.... it does have some water resistant roofing material on, but is not "Perfect yet".

I have managed to do just a little bit of stitching. I started to do a sort of RR called weatherpoems...... there is no time limit on getting it finished thank goodness, as there are 12 patterns to be stitched. It may turn out to be quite expensive if I don't have all the colour threads I need. I have already substituted a couple of colours in the first one called MAY which I have started. see below 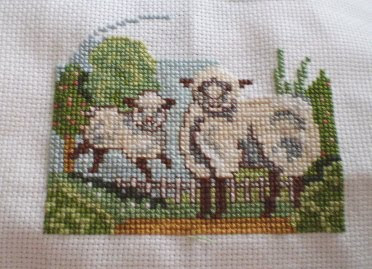 The two pics below are off two more stitcheries which I have embroidered for my quilt. 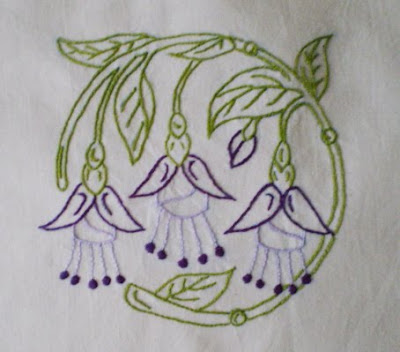 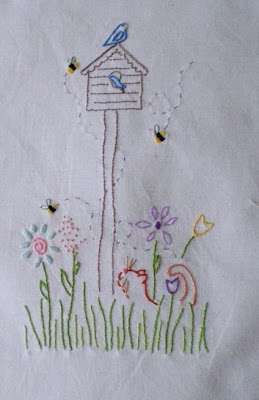 Dawn
Welcome to my blog, I hope you enjoy your visit, and that you find something that may be of interest to you.